The simplest way of living in this technology driven world is to escape it. Go back to nature and meditate, instead of being overwhelmed with materialism. And that is what a lot of people have done throughout Chinese history.

Some Chinese tour companies are saying that there are more than 5,000 hermits from all over China living on Zhongnan Mountains. So they are away from the major cities, the crowds and consumerism, but are they living the simple life?

Back in 1999, Bill Porter wrote a very readable book called Road to Heaven. It is about his encounters with Chinese hermits in the Zhongnan Mountains (which he spelled ‘Chungnan’).

Since Neolithic times, shamans have been living in these mountains. A clay pot containing carbonized cannabis was found near Black Rat Mountain (one of the mountains in this particular range). Archaeologists believe it was first cultivated here 4,000 years ago and was used by the shamans as a hallucinogen for their out of body journeys.

Ever since then shamans and hermits have been living in the mountains, and many emperors, kings, and leaders have turned to them for ancient wisdom. They knew about herbs, natural forces, the gods and had contact with heaven – they were closer to the sky weren’t they? It seemed that wisdom could be achieved by living alone amongst the elements. 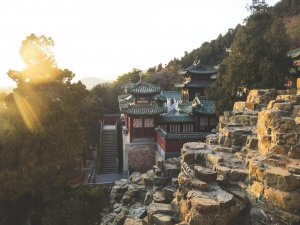 At first, the majority of hermits were Taoists and shamans. Lao Tzu could have become a hermit in the mountains when he left the imperial court. But ever since Buddhism came to China over 2,000 years ago, a whole bunch of people have been drawn to the mountains to practice their religion through meditation or chanting and living in solitude.

Most of them began studying in monasteries where they learned their practice and then made the decision to live in the mountains and deepen that practice. Almost all of them turn their backs on what they call ‘the world of red dust’ for years at a time.

Most hermits seem to stay in the mountains for up to five years while others stay for decades or even until they die. Although it’s difficult to tell because hermits are pretty much hidden and want to be left alone, so no one knows entirely. Some keep moving higher or deeper into the mountains to escape tourism and creeping bands of civilization.

Today the Zhongnan Mountains are full of shrines, monasteries, huts and caves where people practice all kinds of self-cultivation. But how do they manage it?

Their lives are wholly characterized by simple living, as most survive on less than US$4 a month. Most have one set of clothes, a k’ang (adobe bed that can be heated), simple pots for cooking and a garden. Some make incense for cash. In the monasteries they make jewelry to sell to tourists that make it up there. 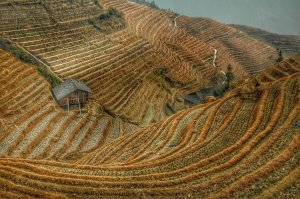 There are two main problems encountered by this way of living that can make it far from simple. They are water and wild animals. Water scarcity can be a problem and carrying it is a definite slog. In winter some people on the mountains collect snow and melt it. Wild pigs and tigers live in the mountains and on the highest peak –Taibai Mountain – there are bears, leopards, giant pandas and golden-haired monkeys. They can be menacing, and wild pigs will trample people quite easily.

Herbs are a source of income for some hermits, so they gather them from wherever they can. Taibai Mountain is also called the ‘Botanical Garden of China’ and has 1,700 species of plant. Over 600 of these are used in medicine. To get there is a four-day hike, often on sheer rock faces.

This is not just a man’s world. There are many female hermits on the mountain too.  Many of them practice religion and have shaved heads and wear long robes.

Yuan-chao is one such abbess who had lived on one of the mountains for ten years when Bill Porter met her. She was 88 years old and practiced Tantric Buddhism and students sometimes went up the mountain to study the sutras with her. She told him she thought the mountain was a good place to die.

A younger woman Porter met was Ch’uan-fu. Her first experience of living as a hermit in this region involved almost starving to death. But she tried again later and was living in a hut with a roof that leaked but had a good stock of firewood.  She collected herbs to sell, but was very lonely and found it tough. So maybe simple living is not such a breeze after all?

“Life in the mountains is hard. But once you’ve seen through the illusions of this world, hardships aren’t important,” Ch’uan-fu said.

Very confident hikers and tourists can visit the legendary East Peak Chess Pavilion. You will need to abseil down a 20-metre cliff face called ‘Sparrow Hawk Flipping Over.’ This is a spectacular building with spectacular views. Legend has it that the mountain was won from the gods in a game of chess. If you have the will, it is definitely worth a visit.

Amongst White Clouds is a 2005 documentary about hermits and you can watch it on YouTube. Road to Heaven by Bill Porter was published by Counterpoint.

Enjoyed this article? Could you be a hermit? Share with your friends! 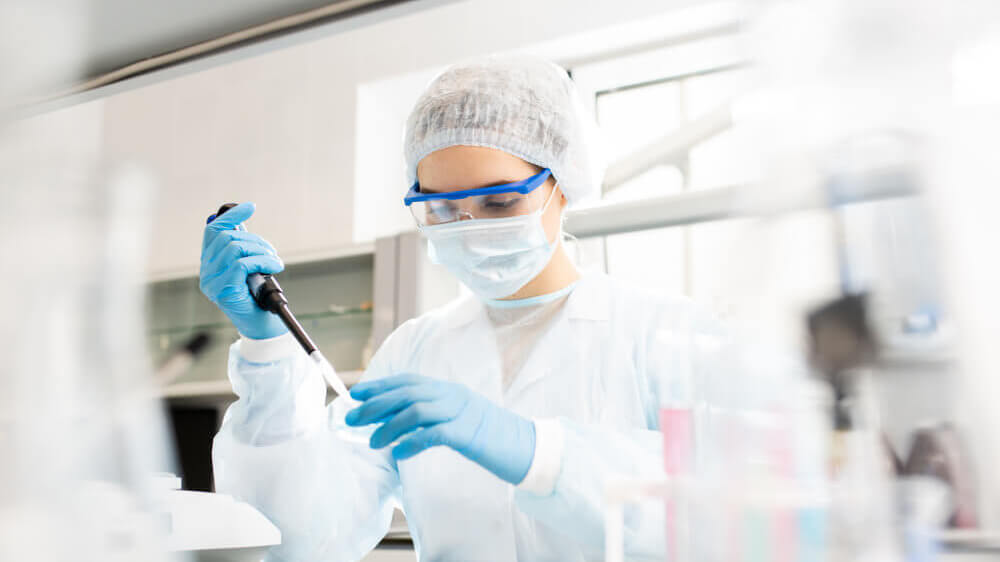 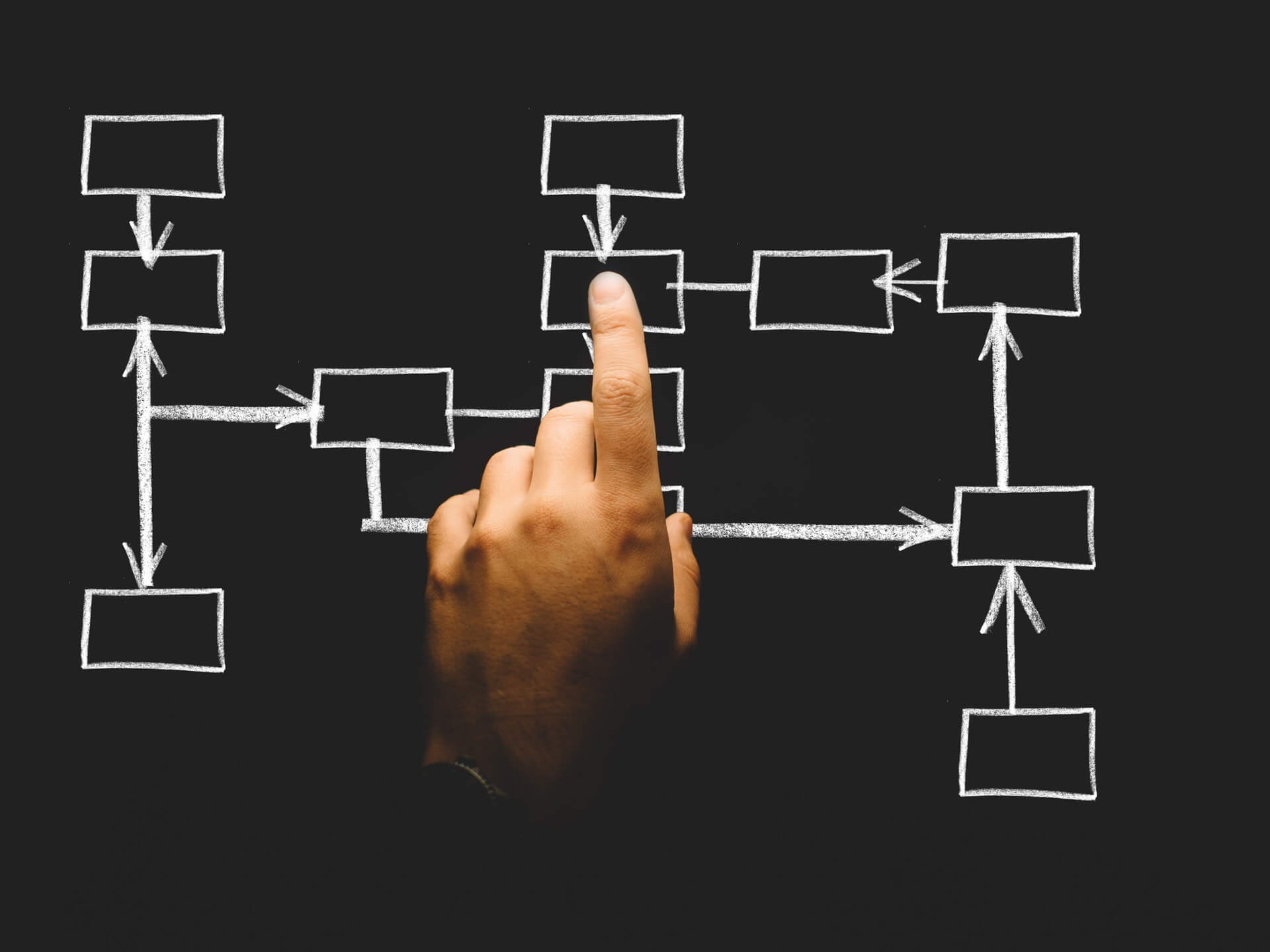 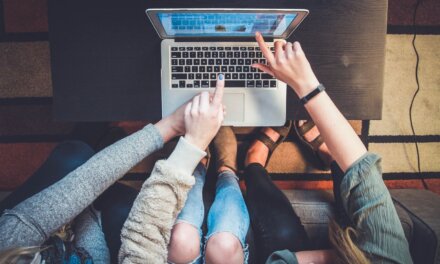 Future of Education: What Will Education Be Like In 2021 and Thereon?