Qingdao is known as the city of love and romance with its geographical position and history of brewing. It is famous as the beer capital of China for its Tsingtao Beer and the international beer festival. The famous Qingdao Beer Festival is the largest festival of its kind in Asia. It starts on the 2nd week of August in summer every year in the honour of the nectar of gods. Breweries from all over the globe join China’s Shandong Province as it is well known for this festival.

You can enjoy the different kinds of events along with beer and this event last for 2 weeks with the opening of beer tasting, evening entertainment and final themed ceremony. 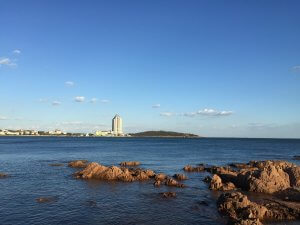 – It includes the karaoke, where you can show your talent of singing in front of huge crowd, enjoy the loud music by dancing on beats with a glass of beer. Or you can just enjoy watching the beautiful girls performing on the stage and elated Chinese.

– If you are a serious drinker or a weekend enthusiastic, then it includes drinking competition for you, where the large quantity of drinking beer in less time wins the title. Qingdao is known for the best quality beer, and it is the best games to enjoy for those who are fond of drinking and love beer.

– Carnival Show: You can enjoy the best entertainment event of the Qingdao i.e. carnival show. You will definitely carry some unbelievable experience along with you. You can enjoy full live music shows, dancing as well as the show of eye-catching lightening. It also includes some carnival amusement park games, rides and bikini model contest.
– The hall of Oktoberfest will provide you with the real feel of true Munich style. You can check out some German blondes carrying huge beer glasses among customers. It will give you a feel that you are attending the Oktoberfest Munich festival and beautiful girls in the same eye catching dresses which most of the people like as their favourite attire.

– Gala performances: You can enjoy the gala opening of the Qingdao Beer Festival, which includes the special performances and beer tasting. The first appearance of the event is beautiful, and you can experience it during the day, although real fun starts after sunset.

– You can find a variety of beer tents in Qingdao international beer festival events and taste the quality of beer brew by the Qingdao. It is like finding a jackpot for the regular beer drinkers. You can taste all kind of beer at one place.

– Peking opera performances: It is the traditional opera of the Beijing, which combine the vocal performances, mime, dance, music and acrobatics fighting. It is performed by special performers only with colourful and elaborate costumes. It is interesting to see the skills of speech, dance and symbolic movements instead of realistic. It also includes the fighting with all types of weapons, which will influence you a lot.

Things to take care in event:

The beer and food inside the festival are rather expensive, so you must take care of your pockets while you get drunk. Many people are ready to share the beer with you.

– Watch out your health and stay calm after drinks. Over-drinking may lead you to puke in public. Also, keep an eye on your wallet after you are drunk.

– You will experience some of the loud noises and insane people who get wasted and start fighting, keep away from these situations. 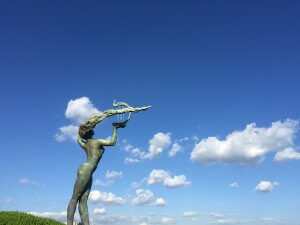 Chinese people are very welcoming especially in a party atmosphere, so you can also make some new friends while drinking beer. This festival is to enjoy the wealth and success. You can enjoy the Qingdao International Beer Festival events from Sat Aug 13, 2016 – Sun Aug 28, 2016, in Qingdao, China. Also don’t forget to visit the beautiful Shilaoren beach, which is just 10 minutes away from the event location. This is considered as one of the best festivals to get together and have a good time.