With a reputation for providing a multitude of opportunities for foreigners, China has become a top choice for those seeking to make a new life overseas. Several studies have been done to depict accurately which Chinese cities are best suited to accommodate expats. Surveys have been completed by tens of thousands of foreigners already living and working in China.

Shanghai is located in eastern China, in the Yangtze River Delta and is China’s most modern and fashionable metropolis which also happens to host the world’s busiest container port. Shanghai ranks better than all other cities in some of the most important factors for foreigners including administration, policy and working and living environments. Shanghai was also voted the most attractive to foreigners for two consecutive years. Some of its highest attractions are education, salaries, and personal rights protection where it once again ranks best, and it’s second only to Beijing regarding its employment policy. Hosting some of the best International schools in the country makes this an ideal city for foreign English teachers to settle.

Near anything can be bought in Shanghai, including imported products although this comes with a premium price. Well, sized, modern homes are widely available, and the inexpensive taxi services make it easy to get around. Most taxi drivers only speak Mandarin however but should you lack the linguistics; there are taxi cards available with the most popular destinations written in English and Chinese to assist.

This is not a problem however as China’s tailors are said to be best in the Asia. Shanghai’s crime rate is quite low, especially for a metropolis like this and streets are considered safe at all hours although some petty crimes do still occur in tourist areas. Entertainment is another high point with sports growing vastly and productions like Cats and River-dance available at the Grand Theater. This might not be quite on par with what some foreigners are used to, but that should change in due time.

The communist side of China is not all gone however and can clearly be seen in the media with English newspapers under the careful watch of the state and the Propaganda Bureau. Until recently websites like the New York Times were completely blocked although these restrictions have been lifted with only certain articles still not available. Pollution is still a major concern though even with the existing efforts to improve.

The most difficult aspect of living in Shanghai is communication as Mandarin is still the primary spoken language and without a basic comprehension of the language, you won’t be able to experience the city to its fullest.

Beijing is not only China’s capital but also their cultural, political and educational center. It’s been voted second best city for foreigners behind Shanghai.

Living cost in Beijing can vary depending on a list of factors. In the Western areas, the cost of food and clothing is comparable to those from other major countries. However when venturing outside those areas, you will be amazed how much cheaper things can get. Something to look out for though is the cost of cars and electronics which can be 20% to 300% more expensive than foreigners are used to. Price will be a major factor in deciding where in the city to find residence and most expats choose to stay in Chaoyang district which is the business district, Shuangjing, a more residential area or Sanlitun, which is closer to the embassy and has a great for shopping, nightlife, and restaurant center.

Shopping can be loads of fun with heaps of inexpensive items available although these are usually not of the best quality. Clothing styles might be somewhat different and plus sizes are not available but do not reject the idea of having your wardrobe tailored as China’s tailor are said to be the best in Asia. Western shops are also widespread across Beijing and are considered to be slightly more expensive than they are in other countries. However, when moving away from the Western shops, you may be surprised at how expensive things can be. One thing to keep in mind is that people in Beijing love to haggle, something you’ll need to get used to, and you can easily get 10-15% off the list price of most items.

Schooling is somewhat limited if your children do not speak Mandarin. If this is the case, then you’ll need to enroll them in one of the international schools. There are plenty of these available, but you’ll need to register several months in advance to ensure a spot.

One of the low points, however, is traffic with Beijing frequently being listed as having some of the worst traffic in the world. Driving around Beijing can be incredibly challenging, and taxis are difficult to hail, especially during rush hour. However, Beijing’s public transport system is quite good with trains, buses, and subways running very efficiently. You’ll need to take on large crowds when using public transport, but it’ll make things a lot more predictable than using a car.

The social scene is booming in Beijing with such a variety available. You’ll find restaurants serving almost any conceivable style of food and can accommodate large groups as this is usually the norm when eating out in China. Bars, nightclubs, and lounges are just as enjoyable as they are in western countries and can be found around every corner. Other activities include movie cinemas complete with international films, gyms and fitness centers, classes and training centers and even a variety of networking or economic events if that interests you. The nightlife in Beijing is inviting, and it’s said that it’s difficult to stay indoors with all that awaits you outside.

There are several other cities to consider when wanting to move to China. Each have their high and low points and should you consider any of these; you’ll need to see if they match up to the specifications you may require.

Guangzhou has a good working environment, promotion opportunities and is a great place to start a new business. Living environment and healthcare are black spots, though.

Qingdao in the Shandong province has a beautiful seaside bordered by the Yellow Sea and also has a major port. Living and working environment is very good, but policy and education need great improvement.

Shenzhen is the most successful special economic zone. However, urban capability and children’s education are sub-par. On the other hand, it is the cleanest and least polluted city on this list.

Xiamen was named the most romantic leisure city in 2011 but salaries for foreigners are lower than expected.

Nanjing boasts glorious history and culture and has exceptional healthcare, but the living environment is below average.

Suzhou has been nicknamed “Venice of the Orient” due to its rivers, canals, and exquisite gardens. Living environment here is good but working environment not so much. 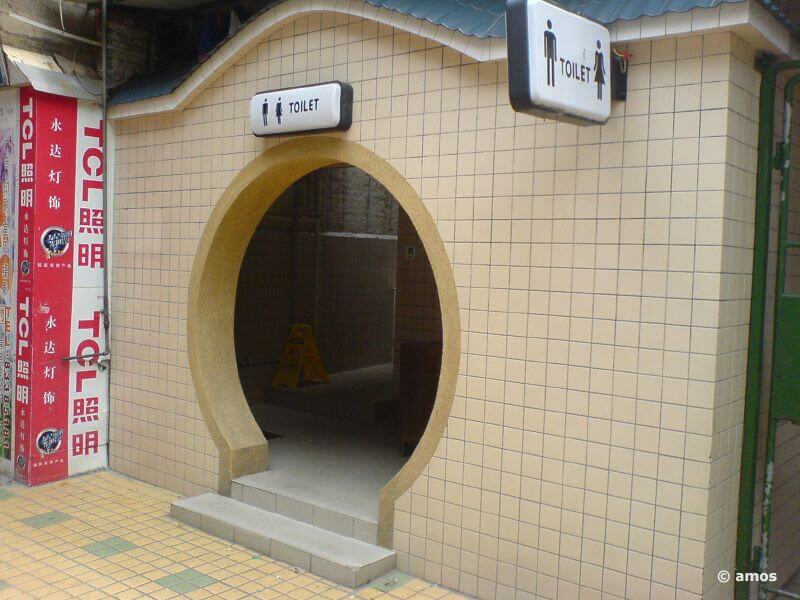