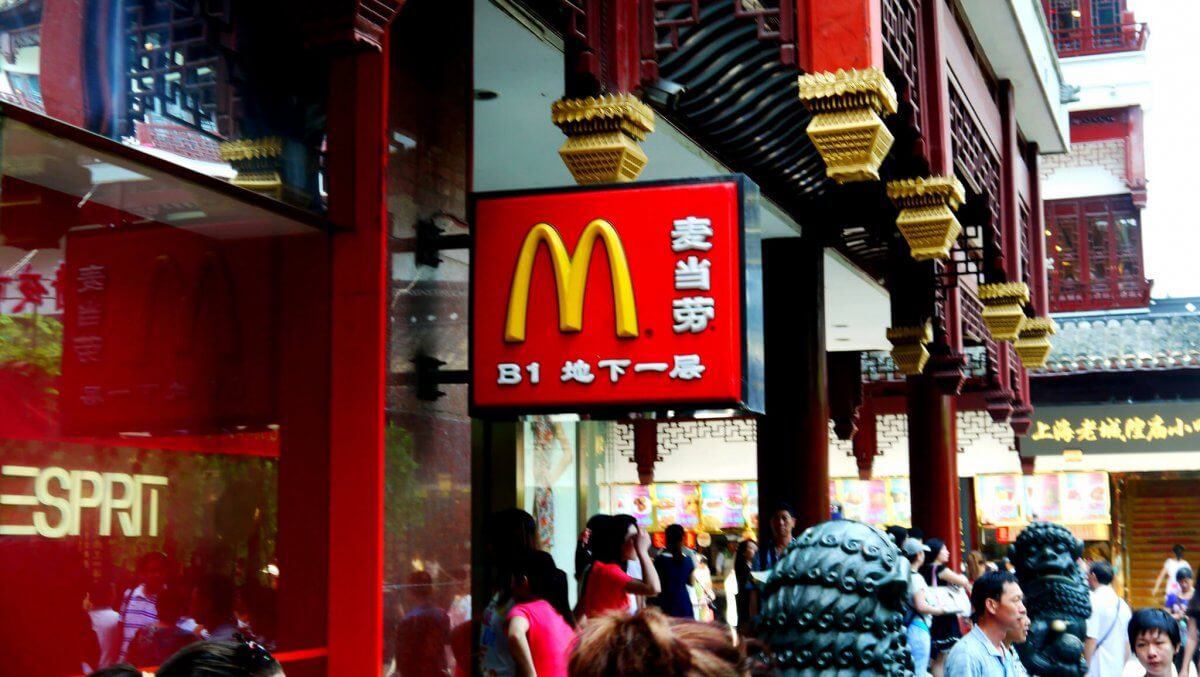 Economic Globalization is a historical process that results from human innovation and technological processes. It refers to the increasing integration of economies around the world particularly through movement of services, goods and capital across the borders. It can also mean the movement of technological knowledge, and labor across the international borders. There is also the political, environmental, and cultural dimension of globalization. Globalization became so common in the 1980s where it was used to refer to an extension beyond national borders of the same markets forces which have operated for centuries at all levels of human economic activity – urban industries, financial centers or village markets.

China has transformed itself from the world’s greatest opponent of globalization and the biggest disruptor of the global institutions created into a committed member of those agencies and a huge advocate of globalization. China is now a more open economy with globalized institutions, foreign education, use of English is commonplace, commitment to competition and so many other laws that are transforming Chinese civilization.

China’s rapid economic growth is usually associated with globalization and liberalization thus the popular support of globalization. It has become one of the champions of freer trade and investment besides the U.S and its globalization successes are gradually influencing its neighbors. China’s rise has also stimulated neighbor’s trade rather that depriving them. It is no longer a self-sufficient country but has learned the art of foreign investments and trade which is good for maintaining a high global economic turn-up. China’s growth has been primary in bringing American companies new markets with its inexpensive products greatly improving the lives of low-income Americans.

China is no longer a vacuum that sucks the world’s great powers into gigantic conflicts. It no longer sponsors insurgencies in Latin America, Southern Asia, and Africa. It no longer seeks to undermine the global financial institutions. We obtained a myriad of benefits from China that supports stable capital democracy in the Philippines and Thailand, that joins WTO, IMF, and World Bank, and China that counsels its neighbors about the benefits of free investments, free trade and political stability.

China has surpassed the US as Africa’s largest trading partner. China has spent more than $56 billion in sub-Saharan Africa since 2005 with significant investment in construction, copper, oil, nickel, manganese and platinum. Its bilateral trade with African countries significantly rose from $10 billion in 2000 to $125billion in 2010. It is estimated to reach around $500 billion in 2020.

It is currently the largest trading partner of Chile, Brazil and Peru and the second largest with Argentina. It has major oil deals with Ecuador, Brazil, and Venezuela and has signed free trade agreements with Costa Rica, Chile, and Peru.

China is also going to benefit from the United States increasing militarization of conflicts in other strategic regions such as Afghanistan where the US has spent nearly $940billion since 2001. Afghanistan is full of resources, and it’s believed to be having a $1 trillion dollars worth of minerals, Copper and Lithium included. China is on the forefront as the prospective candidate for exploiting and developing these resources. It was awarded the right to develop the Aynak copper field and signed its first oil deal with Afghanistan in 2011. China is winning on all levels from the hostility and resentment of Afghanistan towards the US to the western sanctions against Iran. After Iran was banned from trading using dollars and the SWIFT banking system, China grabbed the accidental opportunity and became Iran’s top trading partners whereby its is currently purchasing over 440,000 barrels of oil from Iran and paying them in Yuan. This action has helped showcase the Yuan has a potential international currency breaking the monopoly of the dollar.

Africa- Chinese economic and political relations ought to be a win-win situation. The Chinese president has in the previous years visited several African countries including Kenya, Angola, Nigeria and Ethiopia in a bid to strengthen economic ties and sought to increase its engagement and investment in the continent. China has significantly risen to become the continent’s most leading partner with estimated trade worth of $210 billion by 2014. The main areas of collaboration include agriculture, construction, mining, finance, real estate, resource processing, trade and industrial manufacturing.

China has significantly contributed to Africa’s growth which is now considered the fastest growing continent in the world. With so many jobs created, from its massive infrastructure projects clearly improves the quality of life in these 3rd world countries. There are also cheap Chinese goods being imported each day which make living more affordable and develop the consumer sector across the continent. President Xi once told lawmakers in Congo that, the development of China will be an unprecedented opportunity for Africa, and Africa’s development will be the same for my country. Beijing has provided the much-needed capital to a continent starved of investment with the China’s Import-Export Bank being the continent’s largest creditor, and things are still looking up in future.

Globalization has contributed to the development of education and health systems in developing countries. It has allowed people to gain higher education and achieve the required skill sets. China has heavily invested in its school system which has enabled it to receive a greater number of overseas students who would love to be part of its education system. So many people in senior positions ranging from science and technology to business have passed through the Chinese school system.

Living standards and life expectancy of individuals living in developing countries have significantly increased thanks to the economic gains from globalization. There are so many international organizations such as WHO, NGO and UNESCO, which are trying to eliminate illiteracy and deadly diseases in developing countries, and China is just one of the partners.

Globalization has many benefits but can also be detrimental to culture. Many countries cultures have been changed through globalization with most individuals trying to imitate other cultures such as the American and European Cultures. When the world has become such a small village, it is inevitable that there will be an adaptation of new cultures such as getting influenced by the Hollywood’s pop culture. This has influenced the way people dress, talk and operate on a day to day basis which might not directly conform to the societal expectations.

China is one of the nations experiencing the wrath of globalization which in a way has destroyed its traditions, culture, language, customs and identity. It is quite challenging since the family unit has been destroyed by kids gaining independence at such an earlier age and trying to speak more English and French with little Mandarin. It is not all that bad since after all the world is a small village and in a big cosmopolitan city like Beijing, it’s possible to meet individuals from all nations.

As the late American economist Paul Samuelson once said, “every good cause is worth some inefficiency”, and true to his words social cohesion and culture corrosion are some of the inefficiencies of globalization. But like a snowball rolling on a steep mountain, globalization seems to be gathering more and more momentum, and it’s not planning to stop. Whether it’s in Africa, the Middle East or Latin America, China has incidental interests to help the people and economies of its trading partners. It is achieving what the West had in the past, but it comes in as equal partners but not as the big brother. Globalization has significantly limited the utility of old methods of building an empire but China has found its footing by emerging with a new model to help it survive in this golden age of trade, commerce, and business. 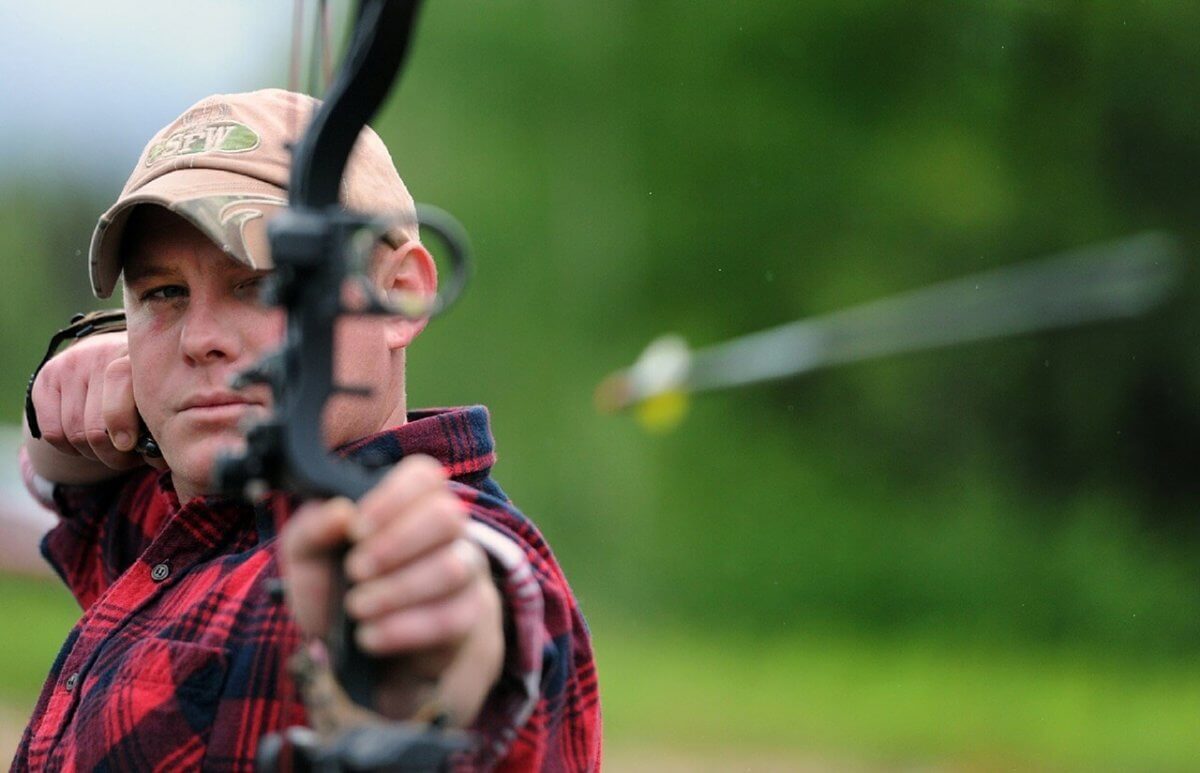 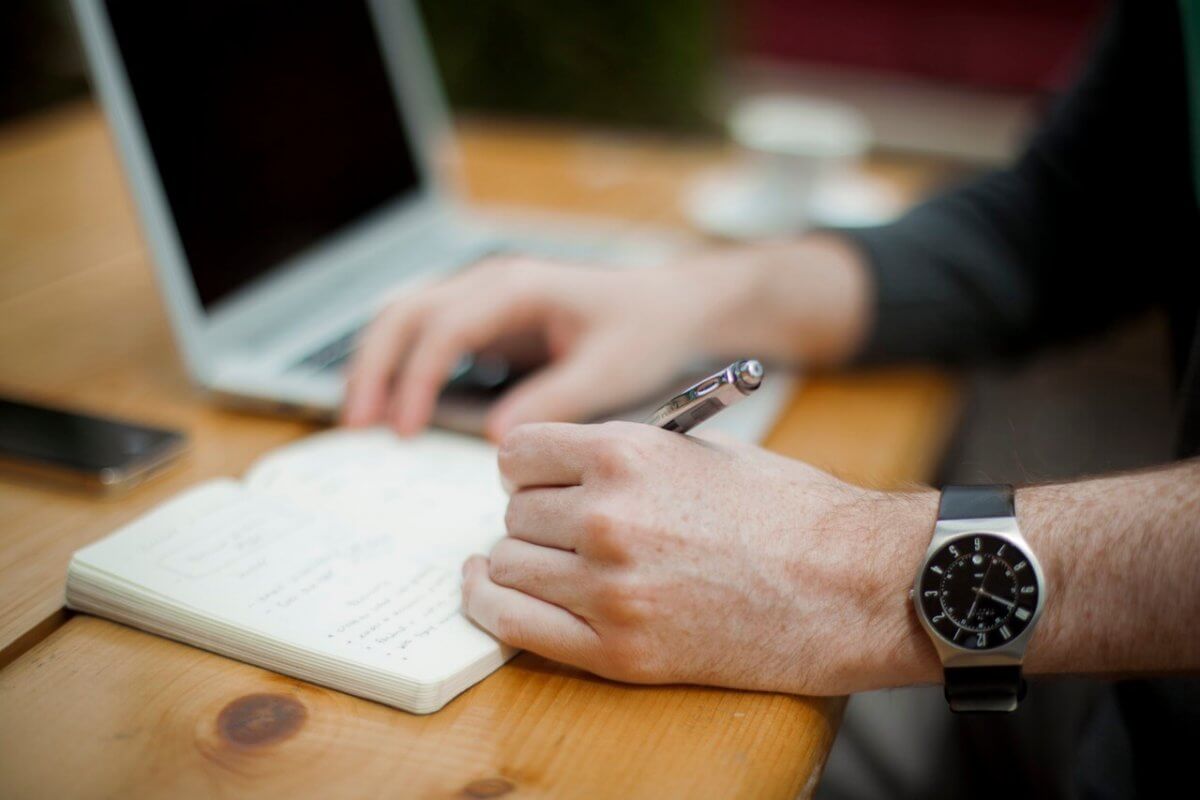 8 Ways to Expand Your Business Without Leaving the House 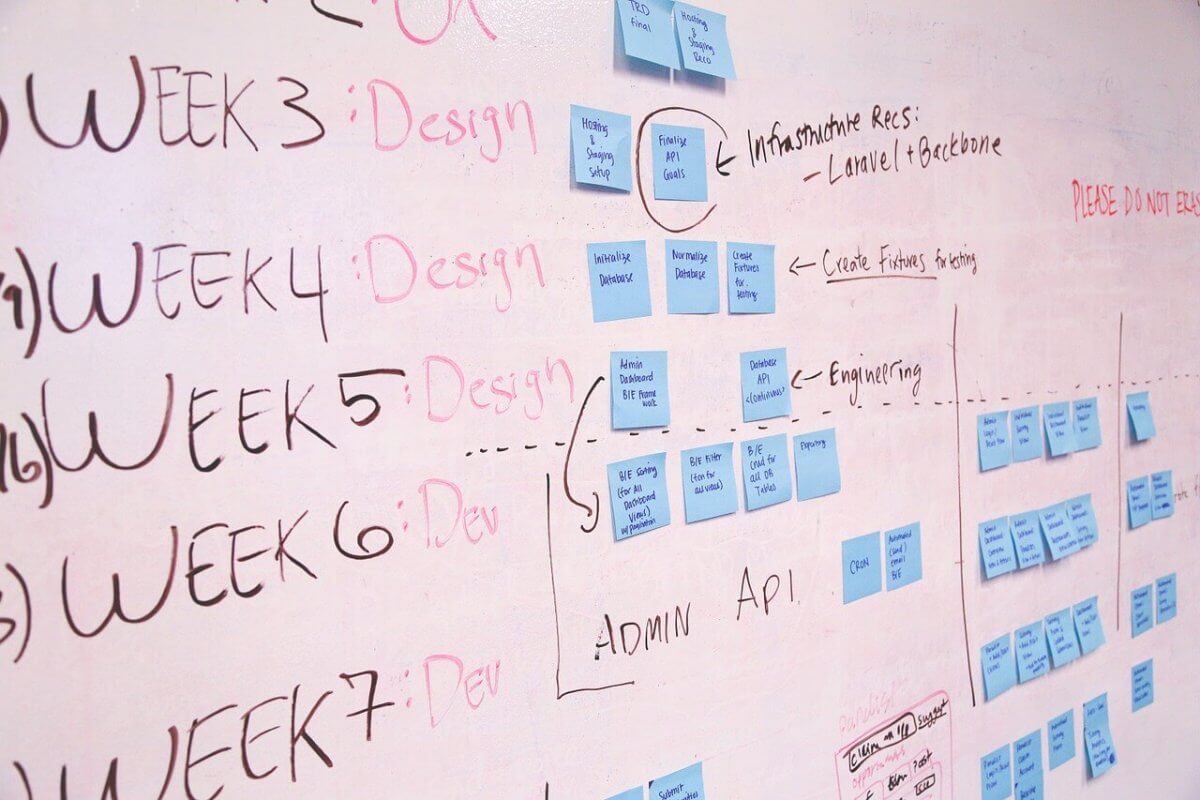 We Are Young: Working in Chinese Startup Culture 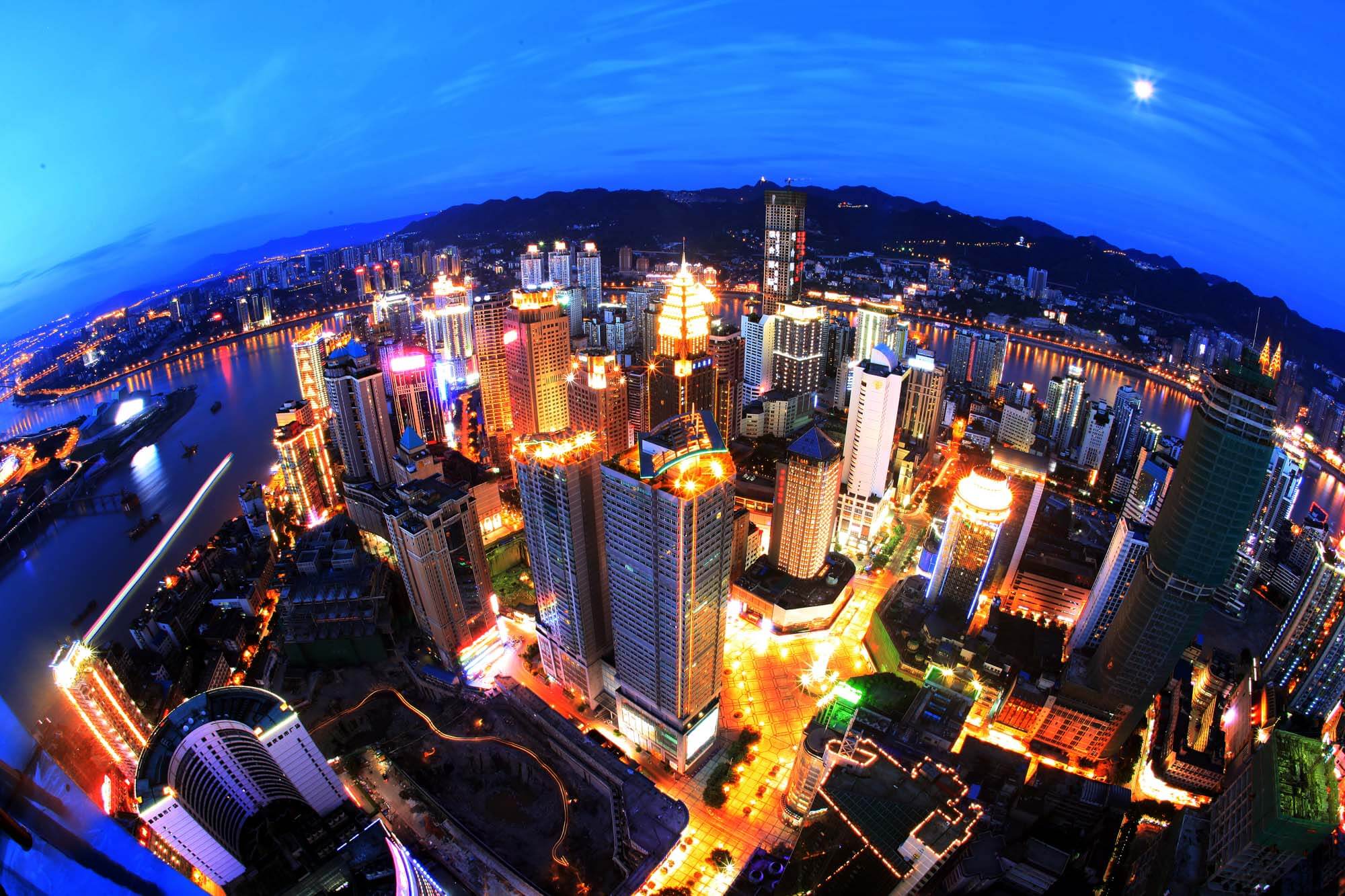 The Chinese Labor Market and Quality of Life in 2017