As Korea and China are so close geographically, it’s not surprising that writing in the Korean peninsula started out borrowing from Classical Chinese. Just like Latin in Medieval times in the West, Classical Chinese was used only by the elite, in literary and official contexts.

Korea was the first non-Chinese culture to adopt Chinese words into their own writing system. Korea’s earliest writing was basically an adaptation of Chinese characters called ‘Hanja’, which they used to write Korean in a system referred to as ‘Ido’. Basically, some of the Chinese characters adapted into Korean writing were based on their meaning, while others were based on their sound. Confusingly, at times the same character can be used for both sound and meaning.

Hanja is the Korean name for characters borrowed from Chinese that have been incorporated into the Korean language but with Korean pronunciation. Most Korean and Chinese shared terms which were Japanese and Chinese-based words and these were written down using Hanja. Hanja is also currently used in Hong Kong, Taiwan and other overseas Chinese communities. Early Korean writing systems were shaped by Hanja, but since then many other language reforms have been introduced which has changed the role of Hanja in the modern Koreas.

Between 108BCE and 313CE, around the time the Han dynasty established several command positions in the northern part of Korea, contact between the people of Korea and China became close. Hanja was introduced at this time, but the ‘Thousand-Character Classic’ was an additional influence on the Korean spread of Hanja. 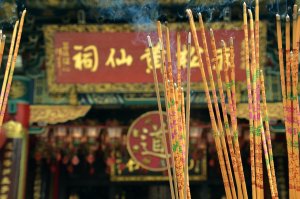 In as much as Chinese literature and Hanja were being promoted during these times in Korea, they could still not capture the nuances of Korean syntax and native terms. This lack caused the development of other Korean writing systems, such as Kugyol, Ido and simplified Hanja. Ido was Korea’s earliest writing system; it was based on Hanja sound and meaning but was used to write native Korean. The Kugyol writing system was created to help with understanding Chinese texts by including native Korean words into the Chinese sentences. Simplified Hanja was developed much later but the system tended to focus on the meaning and ignore the sound, or vice versa.

The North Korean government officially abolished Hanja in 1949 in favor of Hanjal, which was a simpler Korean writing system more suited to Korea. Later, in 1960, Kim-Il-Sung was concerned about losing cultural links with overseas Koreans so Hanja continued to be taught in schools. Korean governments have tried to abolish Hanja through language reforms, but it is difficult because many Korean and Chinese terms have the same pronunciation. Hanja is widely used in Korea to name freeways and railways. Currently, North Korea doesn’t use Hanja whereas South Korea does, but with various degrees of Hanja proficiency.

Hangul, or the Korean alphabet, is closely associated with Korean nationalism and both Korean governments have successfully tried to replace characters shared between Korea and China with Hangul. However, South Korea has never been able to fully abandoned Hanja. It is still taught in schools, is used in legal documents and in academic contexts. Also in some universities, such as Korea University, sitting Hanja exams is mandatory for graduation. Hanja is used for medical and technical terms, in newspapers, for names and also to disambiguate homophones. Hanja is also used by some companies such as Samsung. Ironically, maybe, Koreans learn Chinese today because of its economic and business relationship with China.

Recently, education specialists have been divided over whether to incorporate Chinese characters into the Korean language or to expose them to elementary schoolchildren in books. The Korean Ministry of Education announced that from 2017, it will include around 600 Chinese characters in school books. The purpose is help the students understand the background of Korean and Chinese languages. The Ministry’s officials recognize that words in Korea and China may be written the same, and sound the same, although they might mean something different.

Korean school teachers and language educators are torn by this resolution. They feel the priority should be learning the Korean language without including Chinese words. The Ministry responded by suggesting that in future there will be an increased number of exams for students to sit on Chinese characters. 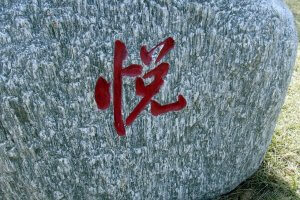 It’s unclear whether, or now, this debate will end. But one thing is certain: Korea and China do share characters and much of the Korean vocabulary has its roots in the Chinese language. As a consequence Chinese language is important, and ever present, in Korea. Children are taught Hangul – the pronunciation is easy to grasp but the meaning isn’t. If you go through old Korean books you will meet Chinese characters and if the government resolution is carried out, Korea and China will hold onto their similarities in language and characters.

Can we ever really ignore the history and formation of our languages?

If you enjoyed this article, please share on your favorite social media!