The Confucius Festival: a celebration of life 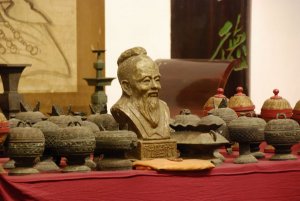 Confucius was a Chinese teacher, editor, politician, and philosopher, who emphasized personal and governmental morality, the correctness of social relationships, justice, and sincerity. He championed strong family loyalty, ancestor worship, respect of elders by their children and husbands by their wives. The principle ‘Don’t do unto others what you don’t want others to do unto you,’ which is often attributed to Christ, was first said by Confucius some 500 years before Christ.

The most outstanding achievement of Confucius was probably in the field of education. He broke the tradition in which culture and education were controlled entirely by the slave owners and the aristocrats. It was he who first set up public schools and received students from every walk of life, without consideration of their social status.

A lifetime of achievements

In the China of Confucius, his philosophy was credited with creating a conscience-based social order that helped lead China out of the grip of feudalism. Confucius took on the human sacrifice that was still practiced at the time. He also advocated a civil service system based on merit rather than on blind allegiance. Above all, he pushed mutual respect between men and women, employers and employees. Particularly between those who enjoyed wealth and high status and those who were on society’s lowest rung.

His philosophy wasn’t always popular with the Chinese authorities, who generally were unhappy that Confucius’s ideas on justice and morality also referred to them.

Confucius was born into the class of Shi, which is between the aristocracy and the common people, but was raised in poverty, after his father died when he was three. He had a career as a minor politician, and his teachings spread during his lifetime, and he had many disciples. His teachings were written down hundreds of years after his death. Soon after his death, Qufu, his hometown, became a place of devotion and remembrance. The Chinese have a tradition of holding spectacular memorial Confucius ceremonies every year on the date of his birth.

This tradition was interrupted for several decades in mainland China, where the official stance of the Communist Party was that Confucius and Confucianism represented conservative feudalist beliefs, which held that the subservience of the people to the aristocracy is part of the natural order. The Communist leaders were not of the aristocracy. In fact, they overthrew the aristocracy. The Confucius Festival only began again in the 1990s.

Celebrations include a grand ceremony of worshiping Confucius, performances at the Temple of Confucius and the Cemetery of Confucius and occasionally a kung fu competition. These performances are often accompanied by traditional music and dance, which are performed in an ornate manner. In the famous Yi dance, the dancers wear clothes from the Song and Ming Dynasty, with yellow silk robes, blue waistbands, and black hats. The ceremonial music, played with traditional Chinese instruments, is known as ‘The Sound of Peace.’ The musicians wear the clothes of the Ming Dynasty, with red robes and black hats. 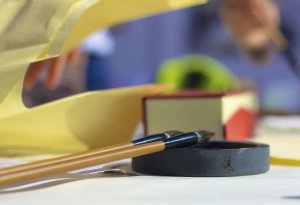 In addition to these performances, are calligraphy demonstrations and exhibitions, with many people in traditional costumes. There are sacrificial ceremonies in honor of Confucius, conducted by Chinese adherents of Confucianism and guests, representing in the genuine spirit of Confucius philosophy, individuals from all walks of life. There are large-scale theatrical performances, with an emphasis on the music and theater of Qufu. Local and regional political figures give speeches on economics and trade within the ethical framework of Confucianism. The primary aim of the festival is, of course, to preserve and promote the culture and philosophy handed down by Confucius.

Tourists are welcome to attend and enter the tombs of Confucius and his descendants, as well as explore his hometown and the Confucius Temple. Among the many attendees of the ceremonies at the Temple of Confucius are scholars, notable people and descendants of Confucius. The festival lasts ten days.

If you know someone about to visit China, perhaps you could share this article on social media to let them know about the festival.